Firstly, according to the previous blog, recovery costs as a penalty must be paid if the entitled party makes claim to the penalty within 1 year and the obligated party has no grounds for proving that they were not liable for the delay.

TIGÁZ Kft., a company providing Hungarian citizens with natural gas made claim to over 2 billion forints for penalty payments towards over 33 thousand clients. It claimed that because the law states that this penalty payment cannot be exempted from legal relationships, it is unnecessary for it to be included in the contract because it is bounding whether it is included or not. It also stated that the right to make claim was included in the company’s statement. 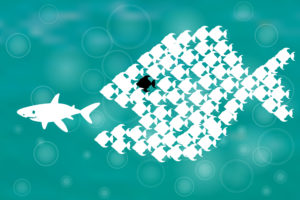 The Hungarian Energy and Public Utility Regulatory Authority’s No. 4410/2016 resolution states that firstly, the law only provides the opportunity for the right of the entitled party to make claim to recovery costs therefore although there is an obligation towards both parties in case of delay, it must be claimed explicitly. The law does not prescribe the obligation to enforce the right, it only restricts the exemption of that right.

The Authority also stated that TIGÁZ falls under the scope of Act 40 of 2008 and its implementing regulation, which specify what a company statement is and what its compulsory elements are, such as the rights and obligations of the parties; the consequences of breach of contract not resulting in automatic termination; as well as the legal sources. The Authority must approve the statement of companies such as TIGÁZ, however the approved statement from October 19, 2015 did not include the recovery costs. Those conditions, which were included in the statement were unfortunately unsatisfactory, according to the Authority precisely because they were general and vague and did not reference the law on recovery costs.

The Authority brought its resolution based on the abovementioned facts and obligated TIGÁZ to repay the 1.2 billion forints, which it had recovered from its clients, and to rescind further such obligations from the remaining clients. TIGÁZ was obligated to inform its clients of such actions. Finally, the Authority fined TIGÁZ for the amount of 100 million forints.