Recovery costs Part 1.- What do I need to know?

What are recovery costs and what purpose do they serve?

It often occurs that subsidiary services in a contract between companies are performed past the due date, which in turn affects their competitiveness. The European Union therefore drafted the 2011/7/EU directive, which has been ratified and incorporated into the Hungarian legal system.

Am I under the scope of the law?

Act IX of 2016 has been in effect since March 25th, 2016 and it affects only those contract that are between companies or between a company and a government organization. 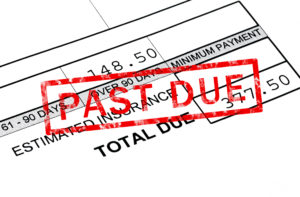 What if the delay is concerning a smaller payment obligation?

The sum of the obligation is irrelevant because the penalty will always be the amount of forints equal to €40, except if the parties agree to a higher amount.

If I fall under the scope of the law and I fail to perform my obligations am I without exception obligated to make payment of the recovery costs?

No, it is possible that despite meeting the requirements of the law, you are not obligated to make payment. The reason is that the law only gives the right to make claim to such a payment, but it does not demand it, therefore if the entitled party does not make claim then there is no obligation for the other party. The law gives the entitled party 1 year to make claim. The law also provides the obligated party with the opportunity to  avoid the obligation by proving – according to Section 6:142 of Act V of 2013 on the Civil Code – that they were not liable for avoiding the breach of contract.

How can I defend myself if I am convinced that the penalty is unlawful?

If you are convinced that you are not obligated to make payment, then the procedure should be followed according to the company’s statement or contact should be made with the competent authorities or help desk.