Multinational companies usually use the aggressive tax planning’s instruments in course of building their tax structure. The main goal of the Anti Tax Avoidance Directive („ATAD”) is to restrain such techniques and to recognise and uncover structures which already have been implemented. There are some foreign companies which have significant role in profit shifting. If this is a company which effectively operating and economically active that’s nice, however a company qualifies as controlled foreign company (“CFC”) that leading to problems.

Why it is a problem if a company qualify as CFC?

Article 7 of ATAD deals with CFCs, defined that detailed rules based on which a company qualifies as CFC. If a company qualifies as CFC that drives to disadvantages, as the tax authority include incomes detailed in Article 7, Point 2 (a) of ATAD to the tax base of the taxpayer. Such incomes from e.g. interests, royalties, financial leasing or banking and other financial activities. Moreover, the tax authority includes CFS’ incomes derives from non-genuine arrangements which have been put in place for the essential purpose of obtaining a tax advantage to the taxpayers tax base. Important to notice that only that companies qualifies as CFC which holding by the taxpayer, companies on the same level or further up the chain are not. 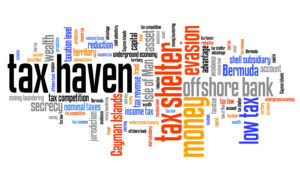 We should consider two aspects to determine whether a company or a permanent establishment CFC or not. First of all, the level of participation and secondly the minimum tax amount criteria.

But there is an exemption

The above rule shall not apply where the CFC carries on a substantive economic activity supported by staff, equipment, assets and premises, as evidenced by relevant facts and circumstances.

Should you have any further queries, please do not hesitate to contact our office.