When don’t you have to do a consolidated annual account?

The Act C of 2000 on accounting orders the parent companies to draw up a consolidated annual report, which poses a great administrative burden to such enterprises. But what exactly is a consolidated annual account? And what are the conditions of exemptions? Find out from the following article.

For the sake of transparency and comparability the Accounting Act prescribes an additional obligation to enterprises, which qualify as parent companies. This obligation is prescribed, because it is necessary to be able to examine the parent companies’ investment portfolio’s assets, as it was one company’s. Moreover, with this rule the legislator wants to react to the tendency that many times entities within a group are not economically independent from their parent, thus not making decisions based on market rationales. Therefor one can only get a real image from their financial position and economic performance, if one accounts and examines such groups jointly, in a consolidated annual account. The consolidated annual accounts also help to filter the differences between groups that have similar activities and size, arising from the different company structures. 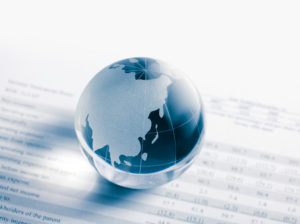 The Accounting Act however contains rules that exempt certain parent companies from their obligation to draw up a consolidated annual account, if certain criteria that is prescribed by law is met.

The scenario is a de facto de minimis rule, which is applicable to groups that do not exceed the limits set by the legislator. Such entities are considered small on a group level, and are therefore exempt, since due to their size the difference between the reality and the amounts in the books cannot be too large. One should not forget however that the amounts prescribed in the Accounting Act are to be considered on a group level, not individually. Also, the parent company is only exempt, if in the former two financial years it met with the conditions of exemption, meaning that it is not enough for the exemption if the group only meets the criteria in one year.

Section 116. Subsection (2) of the Accounting Act is another similar exemption rule, which exempts the parent companies from the obligation to prepare a consolidated annual account, if the parent company itself is a subsidiary to a superior parent company. In this case however the superior parent company is not seated in a member state of the EEA, but it prepares its annual accounts according to the EU directives (IFRS), or according to standards equivalent to them. This section is a result of the globalization of the companies both in the EU, the US, and other parts of the world, which arose the need for the harmonization of the accounting standards. Due to this overwhelming need a co-ordinational work had started, due to which the European Commission in the 2008/961/EC Commission Decision announced that the Generally Accepted Accounting Principals of Japan, Generally Accepted Accounting Principals of the US, and some International Financial Reporting Standards shall be considered equivalent to IFRS.

3 December 2019 Part 1 of the publication detailed the general process of the voluntary...
Read more
26 November 2019 Nowadays, the set-up of a company is a relatively simple and quick...
Read more
30 September 2019 On the 2019 Ukraine Tax Conference, Dr. Balázs Békés presented the latest...
Read more
Back to publications