The end of the strategic tax planning?

Nowadays one of the main problems of the developed countries is that the powerful companies which perform activities in the given country and thus obtain significant amount of income, do not fulfil their tax obligations in the same country. Thus, it is easily possible that an US company through its subsidiary gets its dividend with better conditions than it would in the USA among the same circumstances. Multinational companies usually use the aggressive tax planning’s instruments in course of building their tax structure.  The main goal of the Anti-Tax Avoidance Directive (hereinafter: „ATAD”) is to restrain such techniques and to recognise and uncover structures which already have been implemented. In the first part of our series we introduce the international background of ATAD and also the circumstances and general rules thereof.

After the global financial and economic crisis in 2008 developed countries start to lobby at the OECD to establish a package which enable to prevent the multinational companies’ tax avoidance exercises and which stimulates the increasing of their incomes.  After that the OECD establish the BEPS consist of 15 actions. The BEPS is a shorter form of „Base erosion and profit shifting” and reflects to a global effect when multinational companies transfer their income has arisen in a country with high taxes to another country which has low taxes, thus they do not have to pay tax or only a minimum amount.  The aims of BEPS to recognise artificial structures without real economic content and look through thereon, taxing the incomes where they actually arise, moreover, to avoid the erosion of tax base, if the background of that exclusively the acquiring of tax advantages. Among the actions of BEPS there are measures for e.g. strengthen CFC systems, limitations of interest deduction, containment of harmful tax practices and increasing the transparency. 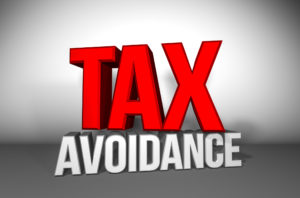 ATAP – the Anti-Tax Avoidance Package of the EU

The European Union has developed the Anti-Tax Avoidance Package (hereinafter: „ATAP”) based on the BEPS’ recommendations, which consist of four parts. The ATAP sets a target of strengthen member states’ tax conventions, review of the directive on administration cooperation and establish a foreign strategy consisting effective taxing. The ATAD have developed also as the part of ATAP, which means No. 2016/1164 Anti-Tax Avoidance Directive.

ATAD had approved on 12th July 2016 by European Union, had implemented until 31st December 2018 by each country and each member state have to apply the provisions of the ATAD from 1st January 2019. ATAD had amended on 29th May 2019 with directive No. 2017/952 (hereinafter: „ATAD 2”). The main goal of ATAD 2 to expand the ATAD rules to hybrid structures between EU member states and third countries.  Countries have to implement the rules for hybrid mismatches and exit taxes until 31st December 2019 and have to apply from 1st January 2020.

The ATAD applies to all taxpayers that are subject to corporate tax in one ore more member state. The regulation especially state that, the permanent establishments of entities resident for tax purposes in a third country are also subject to ATAD.

It is important to note that, the regulations of ATAD are minimum standards, thus member states have to apply at least the level of protection has ensured by ATAD, however they could apply higher level of protection for domestic corporate tax base. E.g. ATAD states that regarding controlled foreign companies, in case of an entity the taxpayer participation of more than 50%, than the taxpayer has definite influence over the entity. After all member states are entitled to definite this 50% threshold in an lower percent, thus may be happened that in one member state the 25% participation be qualify as decisive influence.

In Chapter II. ATAD details the specific rules regarding anti tax avoidance. Article 4. refers to interest limitation rule, Article 5. to exit taxation, Article 6. to general anti-abuse rule, Article 7-8. to controlled foreign company rule, and the Article 9. to hybrid mismatches which be extent with ATAD 2. In the next parts of our series we go on the detailed rules of ATAD, with an outlook for the Hungarian regulations.