Multinational companies usually use the aggressive tax planning’s instruments in course of building their tax structure. The main goal of the Anti Tax Avoidance Directive („ATAD”) is to restrain such techniques and to recognise and uncover structures which already have been implemented. The present article for this column will deal with the regulations concerning the dissolution of mismatches arising from hybrid structures.

What does a hybrid structure entail?

Hybrid structures are born through the different solutions in tax regulations found in varying states. 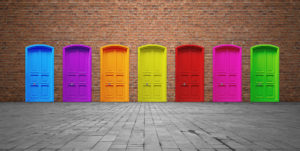 What is the personal scope of the directive?

There are two separate directives concerning this topic. While the 2016/1164 directive deals only with the hybrid structures within the European Union, the 2017/952 directive goes one step further and extends its scope to those instances where only one of the taxpayers or entities is located in the EU. This must be interpreted broadly, which means that it includes branches of entities; imported mismatches; and those reverse hybrids, which have a transparent entity that leads to indirect deduction without inclusion.

When is the directive applicable?

In general, the directive prescribes two instances of regulations. The first is the narrow interpretation of hybrid structures where the conflict arises from in the characterization of financial instruments, payments and entities or from the allocation of payments; while the second includes branch mismatches as well, which encompasses those occasions where the state of permanent establishment and the branch state have different rules on revenue and expenditure.

Are there occasions where the abovementioned instances occur, yet there is no mismatch?

Yes, there are occasions where the rules of the directive are not effective, one of which will be expanded on below, while the rest can be found listed in the 2017/952 directive under Paragraph 4.

A payment under a financial instrument should not, however, be treated as giving rise to a hybrid mismatch where the tax relief granted in the payee jurisdiction is solely due to the tax status of the payee or the fact that the instrument is held subject to the terms of a special regime, as well as intra-group instruments that have been issued with the sole purpose of meeting the issuer’s loss-absorbing capacity requirements and not for the purposes of avoiding tax.

What types of methods does the EU use to solve this situation?

The measures taken by the EU are meant to protect the Member States, however the Article 5 of the TEU requires proportionality and therefore the rules found in the directives follow this principle. Pertaining to double deduction, the mismatch must be resolved first through the denial of deduction on the part of the investor’s jurisdiction, and where the deduction is not denied, it shall be denied in the payer jurisdiction. Pertaining to deduction without inclusion, it is in fact the opposite in that the payer jurisdiction must deny the deduction, and if this fails then the Member State of the beneficiary may include that amount in the taxpayers income, which caused the mismatch.

The directive only extends to those companies, which perform economic activities in numerous states in a manner that allows them to avoid income taxation. These mismatches do not only result in destructive affects in theory but also hinder the average person on a daily basis considering that those taxes which have not be appropriately paid to the state shall present itself either in budget cuts towards health care, education, public transportation, or other social institutions, or through the substitution of such state income through tax raises in other areas. The coming decades will be about how multinational companies may enjoy benefits – resulting in higher quality products, higher employment, and higher state income – without making the average Joe more vulnerable to its adverse affects.