The construct and uses of a trust

A trust is a unique legal institution, which offers a sound solution to issues that go hand-in-hand with the accumulation of wealth. The purpose for the blog series is to entice the reader with a basic introduction to this instution, especially by presenting its construct, its personal and material scope, its types, and its guarantees. The first part of the series will acquaint the reader with the basic structure of a trust, as well as those real-life situations in which the application of a trust is optimal.

What is a trust fund exactly?

A trust – simply put – is a legal construct, in which one party (let’s call them the settlor), grants ownership of their assets, or a part of their assets to another party (they’ll be the trustee) with the obligation, that at the time or in the event stipulated in the agreement, a third party (the beneficiary) will be granted ownership of the overturned assets and their yields. 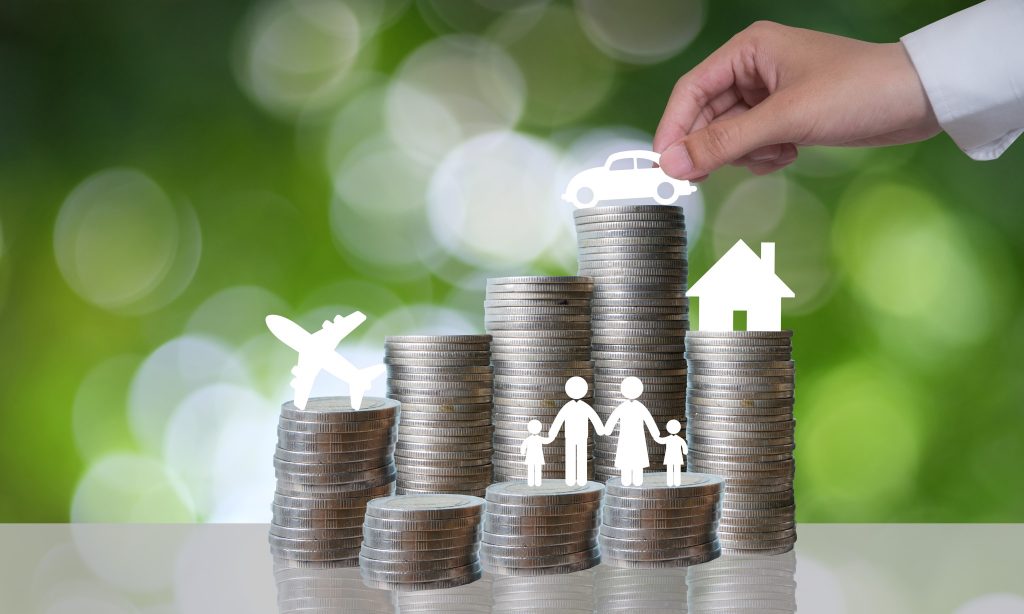 What purposes can a trust serve?

The biggest advantage of a trust is the array of possibilities it provides in all walks of life, and as such, it would be futile to list them all. Therefore, the topics discussed below – inheritance, business structures, insurance purposes, asset protection, marriage contracts, and charitable funds – are only some of the areas in which efficient and financially sensible solutions are offered with the use of a trust.

Trust as an alternative to inheritance law

A basic issue with inheritance law is that while in theory it is functional, in practice it is often viewed as overly rigid. Anyone, who has had a death in their near family would know all too well that the succession procedure can stretch for months or even years, and all this time there is an absence of persons entitled to manage the assets of the deceased. In this passive state, the assets can succumb to damage, yields can be left uncollected, or the assets can depreciate entirely. The most obvious case representing such a result would be when the director of a company passes away and there are no other persons designated to manage the everyday tasks of the company and as a result, the activities pursued by the company come to a halt are discontinued for a longer period of time.

A trust – unlike the laws of succession – offer continuity for the management of assets. Besides continuity, it provides a right to dispose of those assets which we have accumulated over our lifetime even after death. A trust is a commonly used solution for when we wish to provide the following generation with a source of wealth, and in such cases, we are entitled to prevent prodigality or instances of unworthiness by prescribing conditions that must be met for the beneficiary to qualify for the allotment. However, there exists an inverse to the aforementioned measure, in which condition prescribes the suspension or termination of the allotment (for example, if the spouse is entitled to an asset, but they pass away first). In addition, our intent could be simply precautionary and therefore originate from reasons such as the beneficiary being a minor, mentally or physically impaired, or without a personal income.

The laws of succession contain strict rules such as those pertaining to pooling obligations and forced share. The Civil Code of Hungary through pooling requires that if more than one descendant inherits equally, then all of them are obliged to include in the sum of the succession those donations made to them by the successor during their lifetime. The forced share is a right to which the descendant, spouse, or parent is entitled if they are the legal heir to the deceased, or would be the legal heir in the absence of a will. Therefore, if it is our intent to deprive someone of their right to legal inheritance, then the use of a trust can fulfill such desires to a certain degree (taking into consideration that the forced share can no longer be striped from those entitled to it). If, however, our intent is to have the lifetime donations disregarded during the inheritance process then the trust is ideal for a maximum timespan of 50 years.

The trust for business purposes

A trust offers optimal opportunities for a business venture because it provides a semi-proxy construct in which the trustee acts and appears to the outsider as a proxy. This is beneficial to the business for two reasons: firstly, with the trustee appearing to be the acting party in addition to with the confidentiality obligation, important transactions can remain hidden from unauthorised persons (including M&As or coordinated actions on the market). Secondly, those businesses where the rights are fragmented, or the owners are located in different parts of the world, the use of a trustee can provide the option of a unified and efficient action (or even in those situations, where an employer contemplates involving the employees in decision-making process but is impossible due to the number of employees).

A pending legal matter arises when one of the parties is a transaction has performed their obligations, while the other party is only required to do so at a later time. In such circumstances, the party that has performed carries a risk that the party opposite will not perform, or will not perform their obligations appropriately. To avoid this result, the parties will often choose a deposit construct as a collateral. However, there are instances where collateral is not an option specifically because the Civil Code states, that the object of the deposit can only be a movable property, and the service can only extend to the protection of the property. Therefore the acquisition of a company cannot serve as the object of the contract, and the service provided in a deposit would not be ideal for sustaining the state of the company through its continued operation. If the company discontinues operation during the pending legal matter, it could potentially lead to devaluation. Finally, if the buyer chooses to leave the operating of the company in the hands of the hands of the seller, they are at risk to the seller potentially devaluating the company purposefully, or at the risk of the seller transferring the assets to another area of interest.

Trust as a security collateral

The new Civil Code introduced a rule relating to the nullity of fiduciary collateral agreements, which states that the transfer of ownership or call option as a collateral is not prohibited for the security of monetary claims. The use of a trust provides an opportunity to avoid this restricting rule under the condition that the trustee and the seller are not the same person. The arrangement is as follows: the debtor transfers the ownership of the assets providing security collateral for the loan to the trustee in a way, that both the debtor and the creditor are the beneficiaries. If the debtor does not perform, the creditor obtains satisfaction from the asset, and if the loan is terminated, then the creditor also obtains satisfaction from the sale of the asset by the trustee, and the remaining amount is returned to the debtor. If, however, the debtor performs according to the agreement, then the asset provided in the trust is returned to the debtor. In the event, that the parties choose such a legal construct, the possible court or enforcement procedures can be avoided, which would offer a quicker and more cost-efficient answer for both parties.

It is a common practice for people to protect their wealth from third persons by transferring the assets to a trust in a way that it is removed from their ownership. This is a potential solution for those who assume greater risks through their profession and are precautious about their future of their families, because the trust prevents the creditors from satisfying their claims on all assets relocated to the trust. This is not only appealing to lawyers and doctors, who are susceptible to liability claims originating from a reckless decision, but also for other professionals as well, such as a contractor, who – in order to complete the designated job – must ascertain a large loan from a bank, but risks their entire fortune in the event of an unexpected bankruptcy.
Prenuptial agreement
It is an increasingly common practice in the modern world, that the spouses engage in a prenuptial agreement before marriage with the intention of protecting their own, individual assets. In general, everything that is gained or earned by either spouse after marriage – disregarding the legal exceptions – becomes a part of the community property, and which is divided equally upon divorce. The prenuptial agreement is used to predetermine those assets, and the ratio of those assets, which remain as special property under the duration of the marriage. A trust operates in a similar way in that the parties establish a trust before the marriage, and determine those expected assets, which are automatically transferred to the ownership of the trustee. These assets are then transferred to the appropriate spouse as the beneficiary.

Although in Anglo-Saxon countries, people have long been aware of the institution of a ˝charitable trust˝, according to Hungarian laws, the only method for performing institutionalised charities, was with the establishment of a foundation. Through the introduction of the trust, this option has become available for us as well, and in doing so, we can percieve certain differences between the two aforementioned institutions. Firstly, a foundation has a more general quality with regards to its purpose. Secondly, a basic difference is the amount of the assets managed. Thirdly, the establishment of a trust is a more simple and cost-efficient procedure since no articles of incorporation are required, nor is the incorporation procedure necessary. Once the goal has been achieved, or the allocated assets have depleted, the contract establishing the trust expires, while the foundation does not cease to exist until it has been erased from the judicial record.

The exceptional qualities of a trust can be retraced to the idea, that it provides an ideal answer to issues arising in all walks of life. To prepare for risks that may arise from instances of bankruptcy, ailment, or marriage, a reliable professional can help relieve you from the worries that bear down on people on such occasions. The following blog in this series deals with the types of trusts, and the reader will have the opportunity to become acquainted with the information required to decide whether their trust should be professional and non-professional.