Nowadays one of the main problems of the developed countries is that the powerful companies which perform activities in the given country and thus obtain significant amount of income, do not fulfil their tax obligations in the same country. Thus, it is easily possible that an US company through its subsidiary gets its dividend with better conditions than it would in the USA among the same circumstances. Multinational companies usually use the aggressive tax planning’s instruments in course of building their tax structure.  The main goal of the Anti-Tax Avoidance Directive (hereinafter: „ATAD”) is to restrain such techniques and to recognise and uncover structures which already have been implemented.The present article for this collumn will deal with the regulations concerning exit taxes, with special attention being paid to the background of this regulation, the current Hungarian regulation in effect, as well as the interpretation of the directive’s provisions.

The purpose of exit taxes

The purpose of exit taxes stem from the perception that if a taxpayer transfers its assets or tax jurisdiction to another state, then the state of origin is entitled to tax those profits, which arose as a result of enterprises perfomed within its borders, irrelevant of whether these profits were only realized in another state.

The dilemma concerning right of establishment

The EU Accession Treaty has been in effect in Hungary since its admission to the European Union on May 1st, 2004, and therefore the laws of the EU are in force towards Hungary as well, including Article 49 of the Treaty on the Functioning of the EU. Based on said article, it is forbidden to limit the right of establishment for the citizen of one Member State in another Member State, and this provision extends to agencies, branches or subsidiaries, as well as self-employed persons in their right to take up and pursue activities and set up and manage undertakings. Furthermore, Article 54 extends the prohibition of unequal treatment – laid down in Article 49 for natural persons – to those companies, which have a registered office, central administration, or principal place of business within the EU.

The problem arises from the idea that although a person may be entitled to the right of establishment according to laws of the Community, direct taxes are nevertheless still within the competency of the nation states. As a result, many issues were addressed by the European Court of Justice within the sphere of a preliminary ruling, wherein the Court attempted to find a solution for the interpretation of Community laws, and for the conflicts that arise between the national laws and the laws of the Community.

The ECJ on the interpretation of limitations

The ECJ addressed the issue of the right of establishment on multiple occassions, among these, the most relevant case is Resolution No. C-371/10 in the sphere of a preliminary ruling. In said case, the ECJ – in its ruling – stated, that if a tax authority imposes taxes on a company that transfers its place of central administration, then it is without a doubt a limitation on the right of establishment; however, the limitation is not unlawful, if it is justified and proportional. The justification in this case is the protection of the right to tax based on territoriality, which protects the state’s right to tax those enterprises, which have been performed within their borders. The limitation may not exceed the necessary amount, therefore the imposition of taxes must be fixed to the date of emigration, while the collecting – of the previously imposed taxes – must be postponed until the profit has been realized, therefore ensuring the company’s liquidity. 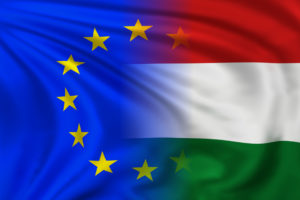 According to Section 6(1) of Act LXXXI of 1996 on Corporate Tax and Dividend Tax (CIT), the tax base for a resident taxpayer and a non-resident entities are determined by the pretax profits. However these profits are amended through tax base deductions and tax base increasing factors. If an asset is transferred out of the tax jurisdiction of a state, then its tax base is determined by the difference between the market and book value (ie. profit). To demonstrate with an example: if a company purchases real estate, then establishes another company in a different Member State and transfers ownership of said asset to the newly established company, then the tax base will be the difference between the market value and the book value of the real estate.

The special rules related to the adjustment of the corporate tax base deal with those instanes where the taxpayer is removed from the scope of the CIT. According to the CIT, this includes the disollution without succession for the taxpayer. More specifically, Section 16(1) subsection c) details the deducing and increasing factors that accompany the dissolution without succession, and that occur during a dissolution procedure or during liquidation.

Provisions of the directive

The EU’s target is manifestation and harmonization, therefore it prescribes the introduction of these obligatory regulations on exit taxes for January 1st, 2020. Its important to remember that the scope of the regulation do not extend to the transfer of assets between a parent company and its subsidiary company, as well as the temporary transfer of assets. Taxing the margin between the asset value at migration and the pretax profit is completed in 4 instances:

The taxpayers have the opportunity to pay the tax immediately, to request a deferment, or to pay in installments. The current regulations allow for the payment to be deferred for a maximum of 5 years, if – besides the below listed conditions – the other affected Member State or third state meets the conditions set forth in the Council Directive 2010/24/EU concerning the mutual assistance for the recovery of claims relating to taxes, duties and other measures, and such an agreement exists between the target state and the state of origin. The taxpayer is entitled a deferment, if:

The benefit for the deferment of payment is not without its limitations taking into consideration that the directive specifies those instances where the deferment may be terminated, and as a consequence, the tax imposed at the time of migration because due. Among the cases listed below, the first three provide a further exception, if the affected new state is also a part of the EEA, is consistent with the conditions set forth in the 2010/24/EU Directive, and which is party to a previously mentioned agreement. Therefore, the benefit is terminated, if:

It is now understandable how the directive endeavours to find a balance between the protection of the right of establishment, all the while recognising the raison d’etre of exit taxes. It attempts to create an ideal situation in which the companies may freely excercise their rights to engage in business enterprises throughout the EU but at the same time it is hesitant to encroach in the Member States’ system, which is designed to prevent their exploitation. Such regulations can be viewed as an alarm bell for those companies, which have gone about their usual business within the borders of one country but at the last moment extricated their assets to a state where, as a result of the low tax rate, they got off scot-free. To those who were unconvinced: this is why the directive is absolutely essential.