Nowadays one of the main problems of the developed countries is that the powerful companies which perform activities in the given country and thus obtain significant amount of income, do not fulfil their tax obligations in the same country. Thus, it is easily possible that an US company through its subsidiary gets its dividend with better conditions than it would in the USA among the same circumstances. Multinational companies usually use the aggressive tax planning’s instruments in course of building their tax structure.  The main goal of the Anti-Tax Avoidance Directive (hereinafter: „ATAD”) is to restrain such techniques and to recognise and uncover structures which already have been implemented. In the second part pf our series we dive in the realms of the interest deduction rules, both in the ATAD and in Hungary, and we demonstrate the aims of these rules.

The aim of the rule

The proposed solution in the BEPS

From the BEPS’ 15 action plans the 4th is about the interest deduction, where one of the main goals are to make an effective and coherent practice. The BEPS’s proposed solution is generally EBITDA based, meaning that it proposes the interest deduction to be allowed based on a EBITDA ratio. The proposed ratio iranges from 10 to 30 percent. The action plan also puts great emphasis on the definitions, which broadens the applicability of the deduction limitation rule. The proposed definition of the interest cost would contain not only the interest, but every other similar transactions’ costs, the aim of which is to finance the other party in some way. The BEPS only defines these costs with an exemplificative list of them, meaning that other kinds of costs not listed there can also be deemed interest costs. The BEPS also defines that to which companies the rule should be applied to, and sorts the companies into three groups in this regard. The groups are as follows: companies which are (i) part of a multinational group, (ii) part of a national group, and (iii) separate groups. As we discussed above, the aim of the BEPS is to tackle multinational profit shifting, therefor the rules should be applied at all times against group (i). As far as groups (ii) and (iii) go, the BEPS does not prescribe the use of the rules, the member states are allowed to decide on it. The BEPS however suggest the use of a special rule regarding these two groups, should the member states decide that the general rule does not apply to them.

The rules in the ATAD

The ATAD was drawn up by the Council of the European Union (Council) based on the BEPS, and it follows the same structure. As discussed in the first part of this series, the rules in the ATAD are minimum requirements. The Council kept this quality of the ATAD in mind when defining the rules of the interest deduction, and allows to deduct up to 30% percent of the EBITDA. The member states shall therefor implement rules that allow interest deduction up to 30% of the EBITDA, but they are allowed to apply stricter rules. (Which would mean to apply a lower percentage rule, e.g. 25%). The directive therefor is met with the BEPS in the main regard, but allows the member states to form their rules based on their own tax policies. The definition of the interest is, as it is in the BEPS, a quite broad term. The rules are applicable to all companies that are subject to some form of the company income tax, but the individual companies can be exempt from the restriction. The member states are allowed to ensure the right to deduct the interest cost up to 3 000 000 EUR, even if it is higher that the 30 percent of the EBITDA. Also, the member states are free to exempt loans, which are aimed to finance long term infrastructural projects, if the project manager, the project costs, and the income is inside the EU. Loans that were made before the 17th of June 2016 can be also exempt, if their conditions were not modified after that date. 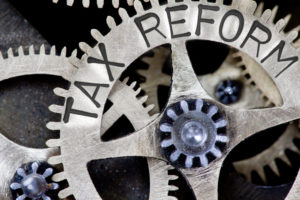 Before the implementation of the ATAD Hungary used a system, which limited the interest deduction based on the alien capital in a company, relative to its own capital. It was modified as from the 1st of January 2019. to the EBITDA based rule that is in the ATAD. The new rule as per Section 8. Subsection (1)  point dzs) subpoint j) of the Law on the Company Income Tax is that the company shall rise its tax base with the amount of financial costs that exceed either the 30% of the company’s EBITDA, or 939 810 000 forints, however, the exceeding amount can be lowered with the amount of interest deduction capacity, that was not accounted for in the previous year. This means that the company can deduct its interest costs up to 939 810 000 forints, but if the EBITDA’s 30% is bigger than that, then the companies tax base shall be raised with the exceeding amount.