Nowadays one of the main problems of the developed countries is that the powerful companies which perform activities in the given country and thus obtain significant amount of income, do not fulfil their tax obligations in the same country. Thus, it is easily possible that an US company through its subsidiary gets its dividend with better conditions than it would in the USA among the same circumstances. Multinational companies usually use the aggressive tax planning’s instruments in course of building their tax structure.  The main goal of the Anti-Tax Avoidance Directive (hereinafter: „ATAD”) is to restrain such techniques and to recognise and uncover structures which already have been implemented. In the fourth part of our series we briefly discuss the General Anti-Avoidance Rule in the directive.

The General Anti-Avoidance Rule (GAAR) is in Article 6. of the ATAD, which seems as a principle, rather than a specific rule. In the preamble of the ATAD Section (11) states that the aim of the GAAR is mainly to restrict such practices, to which no specific rule applies to. Therefor it is indeed not a very specific rule, as its name would suggest, however, it is more than a general principle.

This GAAR is one of the cornerstones of the fight against the abusement of the tax laws. It gives a rather multi-use tool in the hands of the tax authorities, aimed to stop the abusements that are not specifically treated by special rules. It gives a rather wide discretional rights to the tax authority, therefor its predictability is questionable. Its logical and transparent implementation requires great precision from the member state.

The great change is in that in the former regime the tax advantage’s validation was refusable, if the transaction’s sole purpose was to gain a tax advantage. However, based on the new rules not sole purpose, but one of the main purposes is required. To filter these aims many GAAR’s contain a so called purpose test. 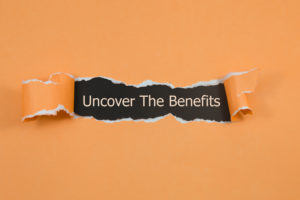 To summarize the above, such transaction that aren’t real, and the purpose of which is to gain tax advantages, will be overlooked by the tax authority. In these cases the tax will be determined per the transaction’s economic substance.

It is also important to note that the General Anti-Avoidance Rules are not a new phenomenon in the tax world, many countries had similar rules well before the ATAD. What makes the GAAR different however is that it gives a really broad discretional right to the tax authorities. The GAAR, and the whole of the ATAD intends to handle a wide range of the tax planning tools used previously, therefor if someone wants to create a tax efficient structure, than its planning will need a lot of attention and diligence.