Does the tax authority see my foreign bank account? What does it depend on? Part 2.

Automatic Exchange of Information („AEOI”) makes it possible for tax authorities to exchange bank account information with each other disregarding borders. In practice for example, if somebody from Hungary has bank account in Sweden, then the Hungarian tax authority will get information on that bank account automatically, thus in the future the possibility of hiding incomes become more difficult. First part of our series we detailed countries from where Hungary accept, and where to Hungary send information.

Second part of our series deals with tax residence, as a financial institution (“Bank”) qualifies a bank account as reportable bank account if the residence of the bank account’ holder is in another reportable jurisdiction (“Another State”) where the Bank is resident. The Bank use different way to establish the tax residence in case of natural persons and entities, but in both cases, it applies identifying procedures based on global legal instruments. 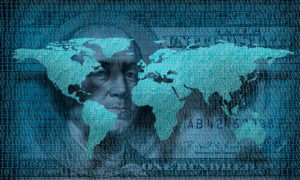 The address is the basis of the identifying process in case of a natural person. The bank account holder should prove his address with documents which is real and actual. These documents could be an official ID or passport and either utility bill (except phone bill) which is not older than 3 months. If the bank account holder proves that he is resident where the Bank is resident, then his account won’t be reportable.

Its important to defined what is Passive entity and controlling person? For purposes of determining whether an entity is a Passive entity, the Bank must rely on a self-certification from the entity to establish its status. An entity e.g. qualifies as Passive entity if more than 50 per cent of the entity gross income is passive income such as royalties, interests. For the purposes of determining the controlling persons of an entity, a Bank may rely on information collected and maintained pursuant to AML/KYC Procedures. The controlling person is always a natural person who has – based on our experience – more than 25% direct or indirect participation in an entity. Moreover controlling person e.g. a person who has influence for the operation of the entity through an agreement or via an intermediary company and thus e.g. he can appoint the management of such entity.