As of July 1st of 2021, the EU has amended legislation regarding VAT, more specifically it has amended three institutions in the Council Directive 2006/112 on the common system of value added tax (“Consolidated VAT directive”), namely concerning intra-community distance sale of goods; the distance sale of goods imported from third countries or territories of third countries; as well as the importation of goods. Allow us to summarize for you these changes. 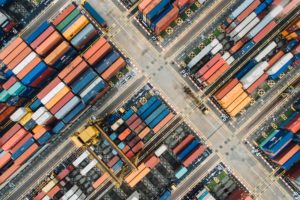 Certain changes that have been put through are of a formal nature, others however have true substance and as such will effect the business of Community taxpayers.

The intra-Community distance sale of goods means a transaction involving the sale of goods by a taxpayer to a non-taxpayer (eg. natural person) resident in a different Member State via the sending or transporting of the goods.

The regulations that had been effective until July 1st distributed these types of transactions into two categories divided by a threshold. This threshold was different for each Member State (for Hungary it was 35,000EUR). If the taxpayer remained under the threshold stipulated by the legislation regarding these type of transactions, then the taxpayer could perform its tax obligations in the Member State from where the goods were sent and therefore would not register in each and every Member State to where it sold goods to non-taxpayers. If, however the taxpayer stepped over the threshold then it would fall under the scope of that Member State’s laws where the goods arrived to the taxpayer, and as such would need to comply with all tax obligations in those Member States.

The EU upon amending the VAT legislation abolished all thresholds and in doing so has determined the place of fulfilment exclusively and in every instance as the Member State where the goods arrive to the non-taxpayer. This would mean that no matter the value of the goods sold to non-taxpayers in a particular Member State, the taxpayer will be obligated to register in that Member State and comply with all tax obligations (eg. filing tax returns).

In order for the abovementioned changes to not have a negative effect on the trade between Member States, the EU has broadened the scope of the Mini One Stop Shop platform previously used only for services provided through an online marketplace to include these types of sale of goods (it also been renamed to “One Stop Shop” or “OSS”). The OSS system allows a company to perform its tax obligations for intra-Community distance sale of goods concerning all Member States through a single platform; the company is permitted to register to OSS in the Member State where its registered seat is located (ie. corporate residency).

The EU has once again resolved this issue by allowing for the use of the online platform for such transactions (called “Import One Stop Shop” or “IOSS”) and therefore not having to register, file tax returns, and pay taxes separately in each and every affected Member State. Notwithstanding the rules described for the OSS, the taxpayer may in this regard register in any Member State from which the goods are delivered.

Actually, the amendment also obligates that the IOSS platform be used for transactions wherein the non-taxpayer consumer is located in the Member State where the import has occurred provided that the taxpayer seller has opted the use of the IOSS platform to perform tax obligations concerning sales in other Member States (ie. no movement within the Community).

The third topic that should be discussed is the changes carried out regarding the importation of goods. As the dear Reader may be aware, the importation of goods means specifically the act of goods being brought into the Community from a country outside the EU; the place of fulfillment in this case will historically be the place where the goods enter the Community, or – if the goods are not placed in circulation in said Member State – then the Member State where the goods are placed in circulation.

Previously, imported goods were regarded as tax-exempt by the consolidated VAT directive provided that the goods did not exceed 22 EUR in value. Had they exceeded it, the importer – whether it was the buyer or the seller – was obligated to declare to the tax authority the transaction and pay the appropriate tax. As of July 1st, the abovementioned threshold has been abolished and as such, going forward all goods will be tax charged, while a declaration must be provided in all cases.

The IOSS platform unfortunately, may only be used in cases where the conditions for the distance sale of goods imported from a third country or territories of third countries has been met. Otherwise, the EU has also setup a system to simplify the general importation of goods, namely a system called “Special Arrangement” or “SA”. Under SA rules, the obligations of the importer (ie. declaration and tax payment) may be performed by a third party, and who in turn will charge the VAT to the consumer during the following stage; the purpose of said system is to reallocate the tax burden to companies providing postal or courier services, who may perform the duties of the non-taxpayer consumer alleviating them from such burdens. The VAT would then be charged to the non-taxpayer consumer at the time of delivery / pick up.

Although the amendments brought regarding VAT in the EU are extensive, the hope is that through these changes a more fair and transparent manner of taxation has been introduced inasmuch as the VAT taxation will be pushed ever more towards the place of consumption. The EU has been mindful of the difficulties arising from such a concept and have accordingly made the appropriate preparations to deal with those issues. The effect of these changes remains to be seen, but our hope is that the dear Reader feels slightly more enlightened, and slightly less unsettled after having read this article.