The tax consequences of capital gains income – including income gained from the sale of a stake in a company – can vary particularly from a social contribution tax perspective depending on the dates and circumstances surrounding the relevant transactions and events. Present article deals with the varying situations concerning this legal conundrum and also provides the Reader with a potential solution to the issue. 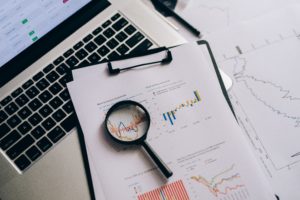 If one comes from a family like mine, where mother and father are both employees – either of a company, or the State – then there is a lack of opportunities to become acquainted with the mystical world of taxes, particularly because what such members of society become accustomed to, is that the employer calculates what the employee is to receive after taxes and transfers that amount each month to the bank account of the employee, who then in turn needs only to glance at the text message received when the funds are credited to their account and to comprehend that they have received their wages.

It goes without saying that the world of taxes is a highly complex one, and this is no different for the taxing of natural persons. Taxes deducted from natural persons do not occur on a uniform bases, they of course vary depending on the individual circumstances. The tools provided by the statutes regarding this type of tax are plentiful therefore if one fails to take into consideration the unique circumstances and their varying tax consequences – by avoiding the help of a professional for example – then it could result in a missed opportunity to save some of that hard-earned wealth.

Present article deals with income originating from capital gains, more specifically the question of how it is possible to avoid – unnecessarily – making payment via a social contribution tax (SCT)

According to Act CXVII of 1995 on Personal Income Tax (Act on PIT), capital gains income is income that is derived from the sale of securities. More specifically, the tax base is discovered by the deduction of the purchase price of said shares; the supplementary costs (interpreted in a broad sense, which would include costs such as transaction costs and attorney fees); as well as the values that have already been taken into consideration under a different title (eg. interest). Following this method, we acquire the amount of income, which is to be considered capital gains income. This countervalue may however be acquired in a number of ways, and it bears relevance whether this countervalue is acquired at a fix amount, or whether it is variably paid out in the future.

I shall therefore present the Reader with three different scenarios. In scenario A, I make sale of the security and receive the countervalue of the security on the same date, on which date a tax obligation of 15% personal income tax (PIT) and 15,5% SCT is incurred, which is then paid in the appropriate manner. In scenario B, I only receive part of the countervalue at the time of sale, but there is an earn-out stipulated in the contract, according to which, at a later specified time or condition (eg. profit) I become entitled to a further fee. If this fee is precisely recorded, then the tax obligations incurred at the time of sale will include the entire purchase price including the earn-out and as such, the 15% PIT and 15,5% SCT must be paid accordingly, with the condition that if there is a deviation from this fix amount in the future then the pre-paid SCT shall be refunded recognizing this deviation. In scenario C, there is an element identical to scenario B in that part of the purchase price is received at the time of sale, however the amount of the fee in the stipulated earn-out is not pre-determined but rather it varies dependant on the circumstances. The incurred tax obligations shall only include the received fixed purchase price and not the unknown earn-out amount, while the tax obligations concerning the earn-out shall be borne at the time of receiving said amount (or if the pre-paid tax obligations are reduced then the tax borne earlier shall be refunded accordingly).

It would at first seem that A version is the odd-one-out, however the Reader will discover that all things considered, the ugly duckling is truly version C owing to the fact that in this case the earn-out is regarded as a form of “other income”. According to Act LII of 2018 on Social Contribution Tax, all incomes taken into account for the calculation of the tax base to be included in the consolidated tax base are subject to a social contribution tax, however – based on Section 2(2) – this obligation has a threshold, that is, income above the amount of twenty-four times the mandatory minimum wage (HUF 3,864,000) is no longer subject to this tax. In other words, the tax is capped at the amount of HUF 598,920. It must be duly noted that this cap is only effective for those types of incomes referenced by the statute, while the rest remain uncapped, especially those that fall under the title of “other income”, including an earn-out that is varied depending on one or more future considerations based on Section 67(8) of the Act on PIT. Therefore, any income received as per this title shall be uncapped and therefore it could be accompanied by an immense SCT.

“What is there to do?” – is the question that the Reader may be asking themselves now. The layman’s answer would be to avoid those contractual conditions, which include a variable earn-out clause. This, however, is not a prudent mindset because if you are to receive a fixed price for a security for a company that is producing very respectable profits rather than an earn-out, then in essence you could be striping yourself of the right to earn a much larger income than is foreseeable at the time of sale.

Present article presented the Reader with the issue concerning the fact that capital gains income, including income generated by the sale of a stake in a company can bear not only a 15% PIT but also an unknown amount of SCT as well. The solution could be the sale of the stake in the company via a holding company, after which the income could be received via the title of dividends.