On May 12th, 2021, two new important rulings were delivered on the subject of conditional tax assessments particularly in connection with agreements on illegal State aid granted to multinational corporations. Both rulings examined the tax laws of Luxemburg. 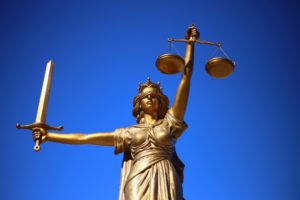 The General Court came to the conclusion regarding Amazon (in the joined cases of T-816/17 and T-318/18) that the Commission failed to verifiably prove that the American corporation was granted a selective tax advantage by Luxemburg, since it could not be deduced from the arguments of the Commission that the tax burden of the Amazon group’s subsidiary decreasedwithout reason as compared to the other market players. Although the proceedings are initiated by the Commission against the Member States, it is the corporations that are burdened by both the costs incurred by measures interpreted as illegal State aid, as well as the potential interest to be repaid. Therefore, in accordance with the ruling of the General Court, Amazon was exonerated of having to pay the 250 million Euro fine imposed upon it by the Commission in 2017.

On the very same day, the General Court decreed in a separate ruling that the Commission appropriately established that the large corporation Engie was granted a selective tax advantage by Luxemburg (in the joined cases of T-516/18, T-525/18), which allowed for the decrease of the corporate tax obligations for the amount of app. 120 million Euros, and as such that obligations remains outstanding towards the Grand Duchy. It is the General Court’s opinion that the Engie group was indisputably granted a preferential tax treatment as a result of the non-application of provisions relating to the abuse of law in the contested tax rulings.

The European Commissioner for Competition, Margrethe Vestager stated that both rulings confirm the principle that “while the Member States have exclusive competence to determine their taxation laws, they must do so in respect of the EU law, including State aid rules”.

The two rulings act as a milestone in the cat-and-mouse game being played by the Commission and the General Court on the subject of illegal State aid (Apple ruling); however, it is important to emphasize that – in the event of an appeal – the Court of Justice will have the final say in the matter.